Named one of the best non-fiction books of the twentieth century by Modern Library, Up from Slavery is the poignant telling, in plain language, of Booker T. Washington’s rise from slavery to become a preeminent advocate for civil rights of his time.

Although Up from Slavery was initially criticized by African-American leaders for Washington’s perceived soft-pedalling of his message of racial equality and progress, the autobiography was a best-seller that furthered the idea that education was the key to the advancement of their cause in the United States.

HarperTorch brings great works of non-fiction and the dramatic arts to life in digital format, upholding the highest standards in ebook production and celebrating reading in all its forms. Look for more titles in the HarperTorch collection to build your digital library. 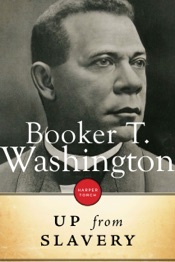