The Book of Jubilees, or, as it is sometimes called, "the little Genesis," purports to be a revelation given by God to Moses through the medium of an angel, and containing a history, divided up into jubilee-periods of forty-nine years, from the creation to the coming of Moses. Though the actual narrative of events is only carried down to the birth and early career of Moses, its author envisages the events of a later time, and in particular certain events of special interest at the time when he wrote, which was probably in the latter years of the second century B.C., perhaps in the reign of the Maccabean prince John Hyrcanus. Though distinguished from the Pentateuch proper, it presupposes and supplements the latter. The actual narrative embraces material contained in the whole of Genesis and part of Exodus. But the legal regulations given presuppose other parts of the Pentateuch, especially the so-called "Priest's Code", and certain details in the narrative are probably intended to apply to events that occurred in the author's own time, the latter years of the second century B.C. The author himself seems to have contemplated the speedy inauguration of the Messianic Age, and in this respect his point of view is similar to that of the Apocalyptic writers. But his work, though it contains one or two passages of an apocalyptic character, is quite unlike the typical apocalypses. It is largely narrative based upon the historical narratives in Genesis and Exodus, interspersed with legends, and emphasizing certain legal practices. But his main object was to inculcate a reform in the regulation of the calendar and festivals, in place of the intercalated lunar calendar, which he condemns in the strongest language. He proposes to substitute for this a solar calendar consisting of 12 months and containing 364 days. 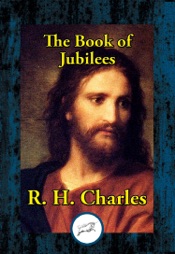